We have mated CH Tillybirloch Beau with Patouche Echo and the puppies are due on the 27th August 2014 Beau Has constantly produced good quality working, show and pet puppies of excellant temperment, his son is also a champion.

Echo is also a fantastic working dog and has had a guns and a judges special award in the field, and has her Kennel Club show working gundog certificate,  her daughter Tillybirloch Hettie has also won best puppy at Crufts, and won the Brittany TAN last year as well as a working test certificate. 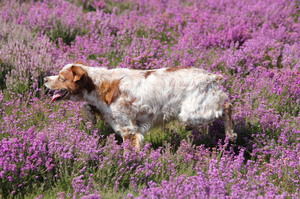 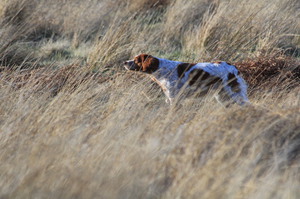 Patouche Echo on point on snipe in Northumberland. 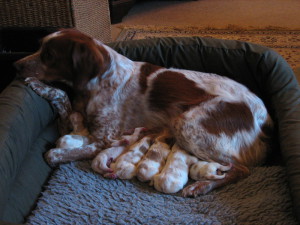 Echo gave birth to eight lovely puppies on the 25th August, six out the eight were bobtail, 4 bobtail boys and 2 bobtail girls, for details please email sueandy6@aol.com or ring 01728 688622.

The puppies are now all sold and we have a waiting list for the next litter which will be born in spring 2015, details to follow. 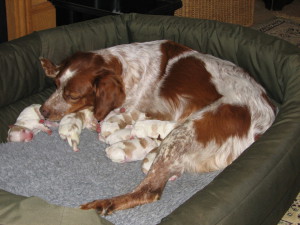 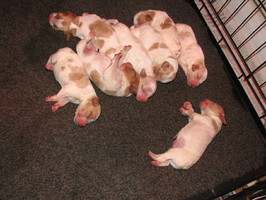 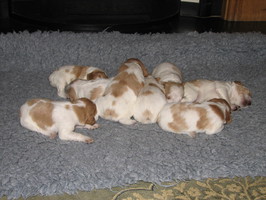 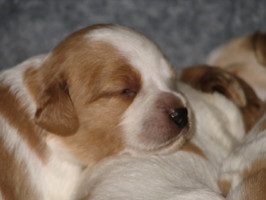 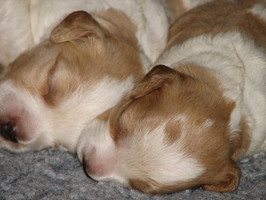 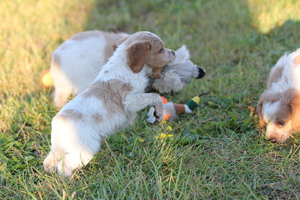 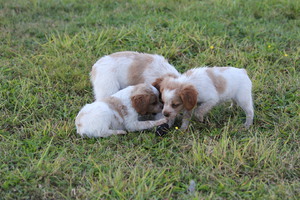 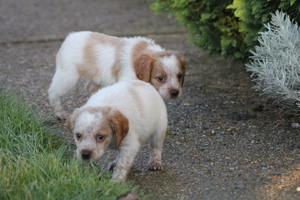 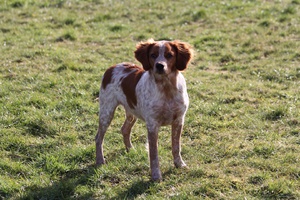 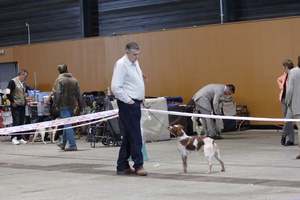 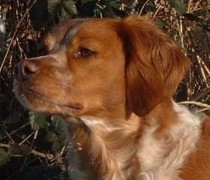 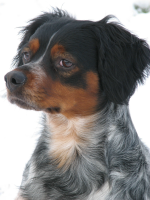 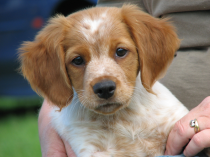 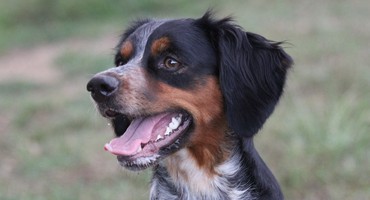